Written by goldensolar on May 7, 2020. Posted in Solar Maintenance, Solar Panels, Solar Power.

A recent study shows that photovoltaic systems are reliable and operating as expected, with 80% to 90% of all systems performing within 10% of the predicted production or better. This peer-reviewed study was based on the largest to date assessment of 100,000 solar systems. Newer solar panels have even lower rates of degradation, so are likely to produce 85-90% as much electricity after 25 years as they did when new. The lifespan of a solar panel is much longer than its “energy payback time,” or the time it takes for a solar panel to produce enough clean energy to “pay back” the energy that was used in its manufacturing processes. 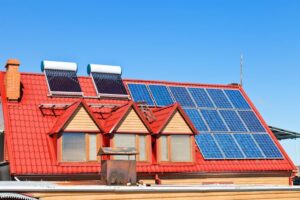 Written by goldensolar on January 9, 2018. Posted in Solar Power. Leave a Comment

The June 2014 Federal Energy Regulatory Commission (FERC) report, which assess the impact of the Federal Power Act, indicates that natural gas is still leading the nation in installation capacity for the year overall. However, those numbers only record utility installations and do not account for residential rooftop and commercial installations of solar electric panels. Many industry professionals suggest that if that data was available, solar energy would be leading the the U.S. in installations. The Solar Industries Association (SEIA) states that over 44 percent of solar energy units that were installed over the first quarter of the year were non-utility, which is a significant chunk of the industry. According to The Eco Report, if those numbers kept up through the end of June, solar would certainly be the leader in energy sources across the nation. President and CEO of the SEIA, Rhone Resch, said in a press release that solar has already and will continue to be a huge booster for the national economy. “Solar is the fastest-growing source of renewable energy today – and, as this report bears out, it will continue to be for years and years to come,” said Resch. “The continued, rapid deployment of solar nationwide will create thousands of new American jobs, pump hundreds of billions of dollars into the U.S. economy and help to significantly reduce pollution.” With the country  trending toward solar power, many Coloradoans have begun looking into ways of making their homes solar-friendly. This conversion saves homeowners on utility costs by creating a more energy-efficient living space. If you are interested in learning more about your solar options, contact Golden Solar today for a free at-home consultation.

A Beginner’s Guide to Solar Power in Your Home

Written by goldensolar on December 19, 2017. Posted in Solar Power. 1 Comment 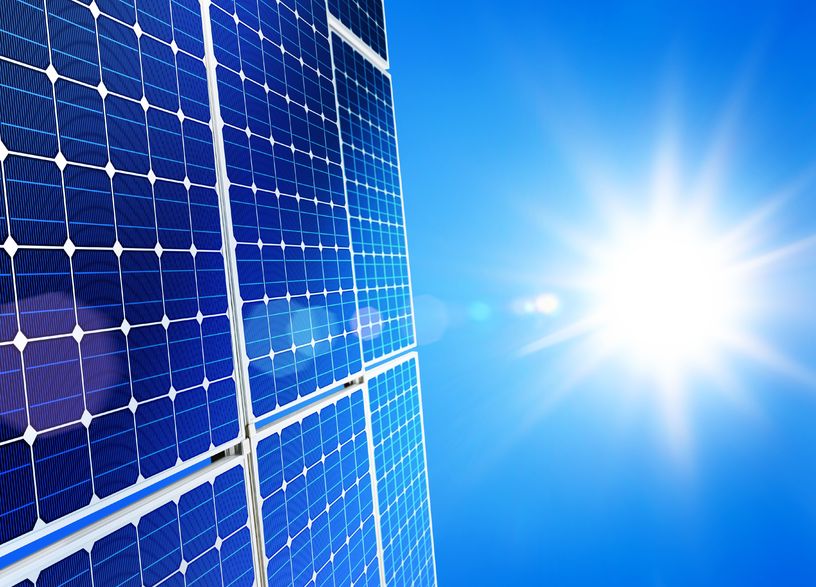 Everyone knows what it feels like to dread your power bill each month. In fact, most people have considered switching over to solar power in their homes. Perhaps you have too. It is a tempting idea but frequently it seems too daunting and confusing, so you decide to go without. Well today we’re going to explain why it’s not as difficult as it seems, it’s actually not difficult at all when compared with the extensive benefits you’ll experience!

So have no fear, your beginners guide to solar power in your home is here!

By going green with solar power not only do you get to feel good about saving the environment but you’ll also save money in the long run. Tax breaks, rebates and lack of an electric bill are all amazing benefits of installing a solar power system in your home.

So what do you need to consider?

You’ll want to think about the following when making the jump to solar panels:

Of course when you’re looking for someone to install your solar panels it’s tempting to select the cheapest option, but that is not necessarily the best option! You’ll want to keep in mind that your solar power system is meant to last for 25-30 years. With that type of time you want to select an installer with the proven experience and qualifications to do the job! A great contractor will answer any of your questions confidently and provide a comprehensive warranty for issues in the future. With an experienced installation team this process is much simpler than it seems. Once you’ve considered space and installation costs, and found an installer you trust, you’re ready to take the plunge! The sooner you get started on your solar panel installation, the sooner you’ll reap the benefits of it. Ask your installer for any advice he has to make the process simpler and get ready for an environmentally friendly home and happier wallet in the long run! When you decide on a solar power system, you’ll always feel good about your decision.

Solar Is Only Part of the Solution, the Other Parts Might Surprise You

Written by goldensolar on December 19, 2017. Posted in Solar Power. Leave a Comment

Some people look at solar energy from a purely environmental perspective. Others might acknowledge the benefits it has to our planet but focuses primarily on the long-term cost savings. Most people, however, tend to fall somewhere between the two sides of the spectrum, embracing solar energy for both the environmental and financial aspects of the technology. While your friends at Golden Solar are certainly doing what we can by assisting the fine people and companies of Colorado with their solar energy needs, we would be remiss if we didn’t recognize other green technologies that are playing their part in the solution. As a matter of fact, many of the innovations in the green technology space are surprising in both context and application. While these are just a couple of the examples available, they collectively demonstrate the ingenuity of the many different people working toward the same goal — finding cost-effective, innovative solutions to our ever-increasing energy demands.

A New Meaning to Microbrew

An ice-cold beer might be synonymous with tailgating at a football game or maybe a weekend barbecue, but rarely have beer and the environment been seen as mutually beneficial. The Alaskan Brewing Company, however, has been actively trying to change that since 1998. Recognizing the pristine location of its headquarters in Juneau, the company uses a series of technological innovations to not only clean up the brewing process but actually remove excess CO2 emissions from the local environment. While the efforts to eliminate its CO2 footprint and preserve water are certainly commendable, it’s the company’s unique Spent Grain Steam Boiler that’s especially interesting to those in the clean energy industry. Although not common knowledge, the brewery process has had an age-old problem when it comes to disposing of the spent grain left over from every batch produced. Most breweries distribute their spent grain as feed for cattle to local farmers. However, since there are no cattle in Juneau, the Alaskan Brewing Company had to choose between shipping out its spent grain or developing a new technology to process it. Not wanting to increase its carbon footprint by relying on trucks to ship its spent grain, the company created a technology that allowed it to fuel the brewery’s steam boiler with that spent grain. By the following year, the technology was operational and the Alaskan Brewing Company was well on its way to reducing its overall oil use by more than 65 percent. So, the next time you tip back a cold one, remember that even brewers are doing their part to create ecologically friendly energy sources.

Mirror, Mirror on the Farm

Not to be outdone, the Crescent Dunes Solar Energy Project outside Las Vegas is putting vanity to work by creating a mirror farm, 10,000 mirrors strong, to help power the insatiable energy demands of Sin City. Once again creating a unique technology born from the demands of the local environment, the farm is made up of thousands of mirrors, each the size of a small house, spread out in a series of concentric circles in the middle of the Nevada desert. Each mirror has been individually calibrated to follow the path of the sun and reflect the light toward a massive receiver filled with salt. The molten salt retains an internal temperature of almost 1,000 degrees F, even during the night when the receiver is collecting no reflected sunlight. The mirror farm instantly creates power by releasing heat stored within the salt, turning water into steam that drives generators and creates energy. Although the project comes with a hefty $1 billion price tag, it’s still more cost-efficient than building a new coal or nuclear plant, with far less environmental impact. At Golden Solar, we like to relay stories of other organizations accelerating sustainable energy technologies that will ultimately help both the environment and the wallet. As always, we will continue to do our part for our neighbors throughout Colorado.

Written by goldensolar on December 19, 2017. Posted in Solar Power. 1 Comment 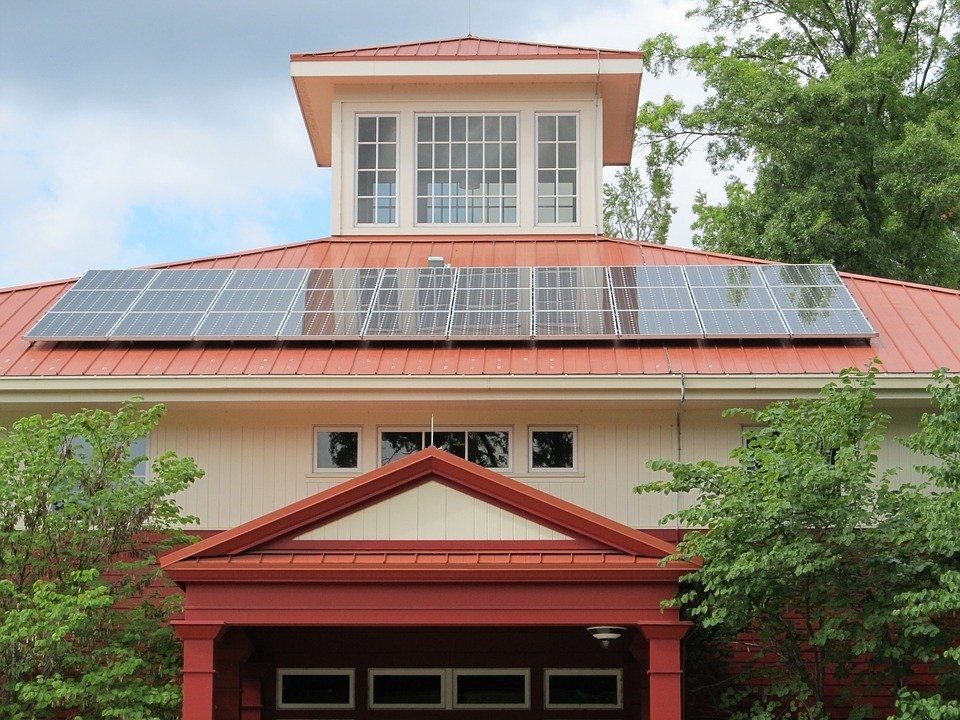 With an increase in pollution as well as a limited amount of resources, it’s imperative to find alternative sources of energy. Because of advancements in technology, it’s now easier than ever to harness power from the sun. Solar energy is increasingly becoming an attractive option for both homeowners and businesses. There are several great reasons you should go solar.

When you go solar you can begin enjoying the benefits right away. The longer you continue to use solar power the more your savings will increase. Having solar energy can increase the value of your home. There are also tax incentives when investing in solar power. These can include the Solar Investment Tax Credit that enables you to take up to 30 percent of installation costs off your taxes. Whether it’s for your home, business or a non-profit, going solar can save you money.

Solar panels are generally easy to maintain. Energysage reports that solar panels are very durable and often last 25 years or longer. It’s important, however, to have your panels regularly maintained and monitored to make sure they’re operating as efficiently as possible. While some homeowners may want to clean their own panels, it’s recommended to leave maintenance to trained professionals.

Solar energy is a renewable resource, protects natural resources and generally creates little to no pollution. Compared to other sources, such as coal, solar energy provides an excellent source of environmentally friendly power. Fossil fuels are not only detrimental to the environment but they are considered a limited resource. Installing a solar system is a great way for you to use a pure, clean source of energy.

Solar panels can generate an adequate amount of electricity to power an entire house. Whatever type of home or building structure you may have, there are a variety of solar options available. Traditional roof mounts can be used for many types of homes. If you receive a lot of snow, a pole mount may work best for your home. Ground mounts can be customized if you need a larger system. Whether you’ve decided to go solar or are looking for more information, Golden Solar can provide experienced solar energy services. They feature a variety of solar panel options including roof, ground and pole mounts. From design and installation to replacement and repair, they can provide all your solar panel needs. Contact Golden Solar for more information.