Solar Panels to Cut Energy Bills for Some Low-Income Coloradans

Written by goldensolar on September 12, 2016. Posted in Solar Power. Leave a Comment 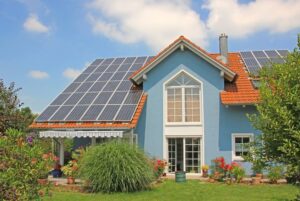 Though the average person’s utility bill has steadily increased over the years, wages have not improved at anywhere near the same pace. The solution to our utility bill woes might be found in the form of solar power. Though solar power is often characterized as extremely costly and somewhat ineffective, it has the potential to wean humans off of our reliance on finite and highly polluting fossil fuels. Government initiatives to promote solar power like the one currently administered by the Colorado Energy Office just might be exactly what we need to make the transition from fossil fuels to the comparably green solar power. How Colorado is Using Solar Power to Decrease Utility Bills Some low-income households in Colorado are eligible for the installation of solar panels through a new initiative administered by the state’s Energy Office known as the Weatherization Program. This program is operated on the federal level by the United States Department of Energy and implemented through local energy offices on the state level. Solar panel installation is one component of the initiative. The Weatherization Program also provides LED light bulbs, “green” refrigerators that operate at a heightened efficiency, improved insulation and storm windows.

The Weatherization Program’s first rooftop solar panel was recently placed on a low-income home in Colorado Springs. Rooftop solar has the potential to double each low-income household’s energy savings. Representatives from Colorado’s Energy Office stated that their aim is to add solar panels to at least 100 low-income houses throughout Colorado every year. The addition of these solar panels is meant to shed light on the under-publicized benefits of solar power. At the moment, many homeowners and business owners do not even consider the purchase of solar panels as the technology has been stereotyped as absurdly expensive. Though the up-front cost of solar panels intimidates some prospective buyers, these amazing pieces of technology pay for themselves as time progresses. Government initiatives like the Weatherization Program are designed to heighten awareness of solar power’s extensive merits in terms of cost savings as well as reducing our negative impact on the environment. For one, the addition of solar panels to low-income homes lowers the total energy burden as it reduces the cost to power and heat living spaces. These solar panels also serve to boost opportunities to distribute any surplus of solar energy that is collected and not used by the residents of the low-income homes where the panels have been installed. Perhaps most importantly, the program’s solar panels are a highly publicized example of solar power’s viability as a power source.

Learn More About The Benefits of Solar Power

If you would like to learn more about the Weatherization Program, its guidelines and how the Colorado Energy Office is implementing the push for solar power, click the following link: https://www.colorado.gov/pacific/energyoffice/weatherization-faqs