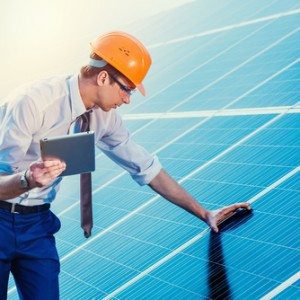 The number of solar panel installations has increased over the past couple of years, owing to various improvements in solar technology and increased sensitization on the benefits of solar energy. Below is a brief look at the top benefits of switching to solar.

1. Increase the Value of Your Home/Building

Home buyers and tenants understand that a building structure fitted with a solar power system translates to lower energy bills. In addition, they know that solar energy is environmental friendly. Hence, solar panels are likely to make your home more attractive on the property market.

2. Save on Energy Bills

Switching to solar energy enables you to significantly cut your energy bills. As such, you are able to save hundreds of dollars from your regular electricity bills.

Solar is a renewable source of energy. Unlike fossil fuels, which run out after some time, you won’t have to worry about sunlight ever running out.

You can benefit from a wide range of incentives offered by both state and local government when you install solar panels. An example is the lifting of the $2,000 cap on Federal Solar Tax Credit, which enables you to claim back 30% of the total cost of equipment and installation of your solar power system. Other incentives include Solar Renewable Energy Credits (SRECs) and tax rebates. All these incentives combined can enable you cut the cost of switching to solar by almost half.

Solar power has a distinct advantage over mains electricity in that you no longer have to worry about fluctuating energy bills. Electricity bills have been on the increase over the years, with power companies blaming the fluctuations on several factors such as variations in oil prices, forex adjustment etc. Solar energy is not affected by any such factors. Hence, you can be sure that you have made a secure investment by installing solar panels.

Reliance on petroleum has brought about numerous challenges to the economy since a good percentage of the crude oil has to be imported. Solar energy eliminates this dependence on foreign energy.

Solar panel installations can be scaled to fit different applications. Apart from the residential solar power systems, you can find solar panel configurations and options to fit commercial applications such as office or industrial complexes, educational institutions, and government agencies.

Solar panel installation can be financed in two major ways, either solar leasing or solar purchase power agreements (PPAs). As a homeowner, you can choose the option that works best for you in order to switch to solar for little or no money down.

Solar panel systems are very durable and reliable. You don’t have to worry about repair or replacement costs, apart from the occasional maintenance.