Written by goldensolar on October 28, 2015. Posted in Solar Power. Leave a Comment 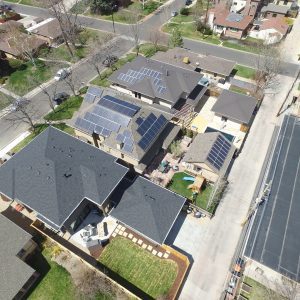 With the world’s energy crisis becoming increasingly widely-discussed, scientists, investors and innovators are rapidly developing ways to utilize and improve existing methods of generating renewable energy. While wind power is one of the most promising in terms of large scale implementation, solar power is among the easiest and most inexpensive to utilize on the local level. Even private individuals and small companies are relying more heavily on electricity generated by solar power systems. Furthermore, as the reliance on these technologies increases, so does the need for efficient solar power systems. Gone are the days of solar power being an experimental source of energy strictly for conservation enthusiasts. It is now a viable and efficient means of generating power, not to mention the fact that it may be key to saving the planet. One of the most critical advancements in solar power is the ability to store it for longer periods of time without losing energy. According to Popular Mechanics, fuel cells to convert solar power back into stored chemical energy are in development and may be the key to storing large amounts of solar power effectively. This would solve the problem of how to keep energy generated from solar panels around for long periods of time, efficiently and inexpensively. As of right now, traditional batteries are still used. These can store the energy, but they are somewhat costly and inefficient. In fact, today energy storage systems are the most costly aspect of implementing a solar power system. The panels themselves have gotten far more affordable, without an effective storage method to accompany them. Another advancement that is in the works for solar power systems is a way to increase the efficiency of the panels themselves. If more energy could be generated per panel, more energy will be stored, which will put us one step closer to ending the world’s fossil fuel dependence and solving the energy crisis as a whole. According to Phys.org, there may just be a way to do this, and the solution is quite simple. By installing reflectors around all solar panels, light is able to bounce back into the panels, instead of being wasted. By implementing such a simple concept, the efficiency of every solar panel farm in the world could be improved dramatically.