The Potential of Solar + Storage

Written by goldensolar on November 3, 2015. Posted in Solar Power. Leave a Comment 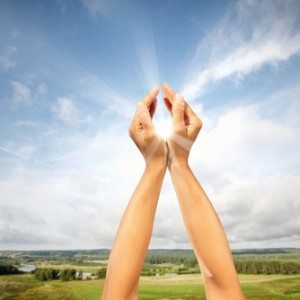 Elon Musk, the visionary founder of PayPal, Tesla, and SpaceX, made news again this spring when he unveiled a suite of solar batteries for homes, businesses, and utilities. The batteries, manufactured and sold by Tesla, are sleek, lithium-ion batteries that can capture and store up to 10 kWh of energy from renewable energy sources like wind and solar. Designed to be mounted on a wall in the garage or on an outside wall, the “Powerwall” batteries measure 1.3m by 68 cm and up to eight batteries can be “stacked” in a single. The solar batteries represent one of the first big steps towards large-scale solar storage, and Musk’s announcement garnered a lot of support and enthusiasm from the solar industry. Coming on the heels of his spring announcement, two recent reports emphasize the potential for solar + storage and how solar storage can be an energy game-changer. The first report, released at the beginning of October by the Clean Energy Group, highlights the potential of solar+storage systems to increase the resiliency of energy generation in the U.S., especially during natural disasters like superstorm Sandy. The project investigated whether it is economical to install solar+storage technologies in multifamily affordable housing complexes in three U.S. cities. Overall, the Clean Energy Group found that solar+storage is an economical solution for low-income housing that would also introduce a resilient energy supply with no net cost over the lifetime of a project. Solar+storage can reduce operating costs in large apartment buildings, and battery use in combination with solar systems can achieve similar operating-cost savings as those from stand-alone PV systems. As an added benefit, the solar+storage option would not require any change in resident behavior. The payback for investment in solar+storage systems can be as short as a few years; helping bring solar energy to lower-class communities that, until now, have largely been shut out of solar power opportunities. The second report, released last week by the Climate Council, a nonprofit research group, indicates that going “off-grid” with solar+storage systems could potentially be cheaper than staying on the grid by 2018 in Australia. The report, which focused on Australia, suggests that the new solar storage technology, combined with the abundant sunlight on the continent, could make Australia the world’s largest solar market. Of course, that reality is dependent on battery prices continuing to fall and electricity remaining expensive, but the main takeaway is that off-grid, energy independent solutions are available much sooner than many have expected. The revelation that a major industrialized nation could potentially transition half of its population to solar in the next couple of decades has been met with great excitement. Although a comparison of the solar market in Australia to the U.S. is not an apples to apples comparison, these findings allude to a looming energy revolution that utilizes solar+storage systems to take thousands of homes off the electrical grid. In addition to driving our society towards a cleaner energy economy, solar+storage systems would also help reduce the demand on the grid that is currently straining many energy utilities. Tesla’s  Powerwalls are not commercially available yet.  We look forward to hearing more about when they will be released onto the market and made available for us and other Colorado solar companies to install. The owner of Golden Solar reserved a Powerwall for himself directly from Tesla many months ago. But there has been no word on when he can get one. From what we have seen on spec sheets, they are high voltage batteries not compatible with currently available existing off-grid and battery back-up inverters.  So we expect Tesla or other manufacturers will provide the new inverter technology needed to work with the Powerwall. All things considered, the new storage technologies appear to hold immense promise for the future of solar energy.