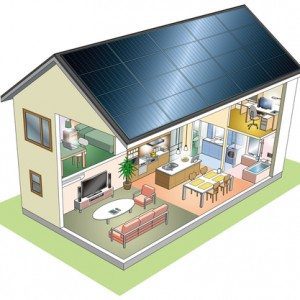 The recent Paris climate conference has garnered significant media attention and further highlighted the importance of addressing global climate change. The issue of energy is at the heart of these talks as nations try to determine how to transition away from fossil fuel to renewable sources to combat climate change. One of the main draws of solar power is that it can help countries drastically reduce their carbon footprint; however, there are also other environmental benefits to solar power.

The most well-known air pollutant from fossil fuels is carbon dioxide (CO2), one of the primary greenhouse gases contributing to global climate change; yet, it is far from the only one. Coal combustion releases nitrogen oxides, sulfur dioxide, particulate matter, mercury, and many other hazardous substances. Nitrogen oxide alone contributes greatly to the acidification of lakes and streams, which is detrimental to water resources, flora, and fauna. Furthermore, these compounds strongly contribute to smog, the brown cloud that hovers over so many cities. Burning natural gas is slightly cleaner, but still contributes large amounts of volatile organic compounds (VOCs) and methane, which also contribute to smog and are linked to a variety of respiratory ailments. Quite simply, solar power eliminates all of these pollutants because it does not require the burning of fossil fuels.

The recent fracking boom in the U.S. has brought attention to the threat it poses to water supplies. The large volumes of water used in the fracking process can stress surface and ground water supplies; the Ohio Environmental Council estimates that an average well may use 5.6 million gallons per frack. As a comparison, that amount of water could supply an average family for 51 years. The growth of fracking also greatly increases the risk of groundwater contamination. Spills, faulty well construction, and fracking discharge can all contribute to water contamination. The acquisition and transport of fossil fuels has also resulted in many high profile oil spills over the past couple decades, including the Exxon Valdez in Prince William Sound, Alaska, and the more recent Deepwater Horizon oil spill in the Gulf of Mexico. There have also been countless spills around the world into freshwater sources. Additionally, because solar power only requires the sun and some photovoltaic panels, many of the activities that threaten water supplies are avoided.

Many ecosystems around the world face the consistent degradation of natural habitats from human use. In some cases, solar power also contributes to this, but it also has the potential to greatly reduce the environmental footprint of energy generation by utilizing the existent infrastructure in cities around the world. A transition to localized energy generation, a real possibility with solar power, would reduce the need for expansive transmission networks and sprawling power plants that degrade the natural environment. All things considered, there are many environmental benefits to solar power, and a shift to solar could improve our air, water, and ecosystems. 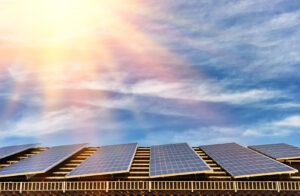 This recent trend toward environmental-friendliness doesn’t look to be an isolated one. It’s been near the forefront since 2013, and in 2015 there it will remain. We will see an even greater emphasis on eco-friendly building material. Among all of these fun green trends, however, the one that stands head and shoulders above the rest though is solar panels. Solar power systems have been growing in popularity since they were first introduced, and in 2015, plan to see their popularity continue to grow. These photovoltaic solar cells appear just as a standard roof shingle would but also provide that added eco-friendly edge that standard roof shingles lack. In this way, solar panels are able to blend in such as homeowners might prefer; after all, the name of the game for many homeowners’ associations is uniformity. While managing to appear main stream, this solar technology, however, is anything but. Instead of following the crowd, these solar panel systems are the stars of the roofing industry.  Why, you ask? Well, in addition to providing energy efficiency, these panels actually capture the sun’s energy using monocrystalline silicon solar cells. Captured solar power can be harnessed by individual panels such that, when grouped in a solar panel system, they can provide electric power for the entire house. Do you see why they’re the stars of the green movement? They not only benefit the individual consumer’s bottom line but also reduce his carbon footprint, this latter result being a benefit both locally and globally. Here at Golden Solar, we applaud the growing popularity of solar power systems, and at the same time, we invite individuals not currently operating on solar power to consider making this change away from the old standard to the rising star. After all, solar panels, for all of their other virtues, are also an investment that pays for itself. Indeed, each and every state in the Union offers the Federal Solar Tax Credit, a blend of rebates, incentives, and subsidies that will make the move to solar power highly attractive. So, with solar power systems, you are going green and doing so in a financially beneficial way. What’s not to like?

Home builders aim to incorporate energy-efficiency across the nation 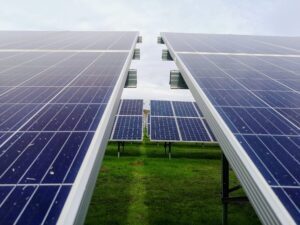 All over the country, cities and towns are looking for ways to increase their overall energy efficiency. One major way that many municipalities have found is to update their building codes to increase the standards for new constructs and renovations. In Vancouver, BC, some of these codes made it so difficult to renovate existing homes that some builders have been priced out of contracts. However, most American communities have been able to incorporate these updated mandates so that homes are remodeled with both historical accuracy and energy efficiency in mind. In Wisconsin, both homeowners and builders have been working together to develop plans that would maintain the integrity of their property while also taking advantage of the innovations and technologies that would make their homes increasingly efficient. In Kiel, WI, one home has been remodeled to include geothermal technology, which utilizes temperatures from below the earth’s surface to generate heating and cooling. What is nice about the integration of this technology is that it can be used simultaneously without disrupting other structural and cosmetic improvements. Additionally, in a number of major markets, including Chicago, Illinois, rehabilitated homes are now receiving solar energy to help new owners combat high electricity and utility costs. One of the leading developers in this area in Chicago is MarLar Properties, a husband and wife duo who buy, renovate and sell eco-friendly properties with the hope of building a better tomorrow. Larry Spatz, co-owner of the company, tells Proud Green Home, “I am a very small fish trying to make a ripple. It’s about preserving the planet for my grandchildren and their children.” Isn’t that what any of us are trying to do? With the integration of energy-efficient technologies like solar electric panels, we hope that we can create a better environment for generations to come. If you want to become a part of the green revolution, contact Golden Solar today.