What Are The Most Common Types Of Solar Panels 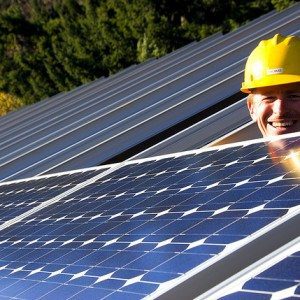 Solar energy is quickly becoming one of the most talked about forms of renewable energy.   The benefits of installing solar panels is quite evident and there are many consumers looking to make the switch.   But where to begin?  How do you know what kind of solar panels work best for your property?  To answer these questions, you must first educate yourself on the different types of solar panels are on the market today. Everyone who intends to install solar panels to generate electricity should know the main types of panels available. This knowledge will make panel selection easier and faster. Here is a brief description of the three major types of solar panels on the market. These solar panels are made from single-crystalline silicon (or monocrystalline silicon) solar cells. You can recognize them easily because they have the same black color with a uniform appearance. Monocrystalline solar cells are produced from cylindrically shaped silicon ingots. To maximize the performance of each solar cell, the four edges of the ingots are cut out. This is what gives the monocrystalline panels their unique look with typical black and white sections. The white sections are produced by the intersection of the rounded edges. Some of the major advantages of monocrystalline panels are: * Efficient Electricity Generation. These panels are made from the best grade of silicon so they produce electricity at 15 to 20 percent efficiency. * High Space Efficiency. Due to the higher amount of electricity generated by these panels, they require a smaller amount of space than other types. * Long Lifespan. These panels last the longest; usually they work for close to 50 years. That is why manufacturers place a 20 – 25 year warranty on their monocrystalline panels. However, monocrystalline panels have a few disadvantages. First, they cost more to produce than other types of panels. This is why some homeowners consider their prices to be relatively exorbitant for their residential solar energy projects. Also, the production process for these panels requires more energy. The edges that are cut off lead to more waste. In addition, these panels are fragile. Hence, great care must be taken when transporting or installing them. Polycrystalline solar panels are made of multiple silicon crystals. These crystals are not all perfectly aligned to each other. Thus, there are losses at the joints resulting in less efficient electricity generation. Some of the advantages of polycrystalline panels include: * Lower cost of production. Less energy and materials are wasted during production. * Lower prices. They are cheaper than monocrystalline panels with the same rating. * They perform better at lower temperatures. One of the major demerits of polycrystalline panels is their lower efficiency. Typically, these panels attain an efficiency rating of 13 – 16 percent. This leads to another drawback – lower space efficiency. To produce a similar quantity of electric power as a monocrystalline panel, you will need to install a larger polycrystalline panel on your roof. Thin-film panels are produced by depositing several layers of thin photovoltaic material into a substrate. Four different types of materials have been successfully deposited into a substrate. These include: organic photovoltaic cells, copper indium selenide, cadmium telluride, and amorphous silicon. Thin film panels are also commonly called amorphous silicon panels. These panels offer the lowest efficiency but they are the cheapest to produce. Currently, they provide an efficiency of between 7 to 13 percent. But research and improved production processes are expected to boost their efficiency to between 10 to 16 percent. The flexibility of thin-film panels makes it easy to incorporate them into so many applications and devices. The two major considerations that influence a homeowner’s choice of solar panels are space and cost. The crystalline panels are more cost effective where there is limited space while the thin film panels may be more suitable for those who have more space and want to get the most electricity at the least cost. However, the actual quality and efficiency of various panels can only be determined with the help of professional solar panel installers.