What does diminished sunlight mean for solar panels 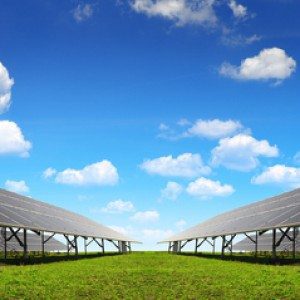 Whether you’re considering a solar panel system for your home or you already have one installed, you may have wondered how well it will work on days when there isn’t bright sun or there’s particularly inclement weather. It’s actually a very reasonable inquiry, as most people think of solar panels as functioning ideally in bright sunlight, which is not necessarily available continuously or even for a majority of the day in all geographic areas. In certain regions, at certain times of the year, such as the far north in winter, the sun may set in the late afternoon and not rise again until well into the next morning.

However, according to researchers at Northern Illinois University, a solar power system can function at 70 percent of its capacity even when direct sunlight isn’t at hand, ie, when skies are overcast or there’s shade. Ambient light from the day is still enough to provide power. Precipitation can provide challenges for solar panels, but when it comes to hail, for instance, as long as the speed of the hailstones is less than 50 miles per hour and their diameter doesn’t exceed one inch, normal solar panels can withstand the stones’ impact and are tested for such conditions when they’re manufactured, as reported in Mother Earth News. A typical solar panel installation is made to withstand high winds at the extremes of those of the local areas in which it’s installed. For instance, on the East Coast of the U.S., solar panels are designed to hold up under intense hurricane and tropical storm conditions that are sometimes seen in those states. Especially in the North, homeowners want to know what impact snow will have. The answer is that snow typically melts off the surface of the panels because they’re designed to face the direction the sun will most often be in. The sun’s rays will thus shine directly onto the snow, causing it to melt. In fact, in an article on accuweather.com, Associate Professor Joshua Pearce of Michigan Tech University writes that surrounding snow can actually boost the output of the panels because the white surface of the snow reflects the light. Large accumulations of snow can be removed with a roof rake without fear of damaging most panels. Rain also can be a benefit for solar panels because it can wash away dirt and dust that can lower energy output due to clouding or spotting. Even on a cloudy day with significant rain, the amount of light visible in the sky will still produce power from the panels. And despite the decreased output in energy due to these conditions, expected advances in solar panel technology will increase efficiency and compensate for the diminished extent of direct sun in certain regions or on particular days. Indeed, for homeowners, the future is bright for solar power.