Written by goldensolar on March 14, 2016. Posted in Solar Power. Leave a Comment 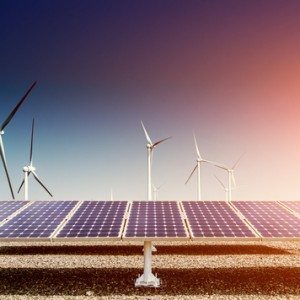 The adoption of solar energy as a renewable source is rapidly gaining traction in both residential and commercial applications. Observations over the past few years show a steady increase in solar panel installations, surpassing some of the promising alternate energy sources. There are clear indications that solar is likely to be the leading energy source in the coming years.

What is driving the growth in solar adoption?

Affordability: In the early years of solar power innovation, the cost of installing solar panels was exorbitant. What’s more, compared to the relatively limited amount of energy the panels could produce at the time, the cost to benefit ratio was minimal. In recent years, however, the cost of solar power panels has come down significantly. At the same time, the amount of electricity generated per solar power panel has increased to make it a cost-effective source of energy. Green Energy: The need to protect the environment has gained momentum in the past few decades. In this regard, environmentalists have promoted the adoption of solar power as an alternate energy source; encouraging many home and business owners to make the shift to solar energy.

The Latest Milestones in Solar Industry

The U.S. has, without a doubt, been a leader in the solar industry for sometime now. The various solar companies in the country have spearheaded innovations that have made solar power more attractive and acceptable for both home and commercial applications. Unlike the second-most influential solar panel producer, China, U.S. companies have posted excellent results especially with regard to solar efficiency. Below is a look at some of the recent record-breaking events in the solar industry. 1. Number of solar installations – 7.3 GW and counting… The announcement by GTM Research and the Solar Energy Industries Association, citing the number of solar installations in the United States in 2015 at a historic 7,286 megawatts of solar PV sets a new record in the quest for renewable energy. This represents a 14% increment from the installations in 2014, and certainly a great improvement in solar uptake compared to the measly 385 megawatts recorded in 2009. Needless to say, California was the leading State in the number of solar installations, followed by North Carolina, Nevada, Massachusetts, and New York in the top five, respectively. 2. SunPower efficiency Solar efficiency has been a major target for solar panel manufacturers, with the aim being to produce maximum electricity from each solar panel. One of the leading solar panel manufacturers in the US, SunPower, reported an impressive 22.8% solar efficiency in its X22 panels. Following confirmation by the National Renewable Energy Laboratory, SunPower solar panels hold the record in achieving efficiency in recent years, having reported a similarly impressive 19.5% efficiency in 2010. 3. First Solar Efficiency First Solar, also a U.S. solar panel manufacturer, announced their own solar efficiency record for their CdTe solar cell – 22.1%.