Written by goldensolar on March 21, 2016. Posted in Solar Power. Leave a Comment 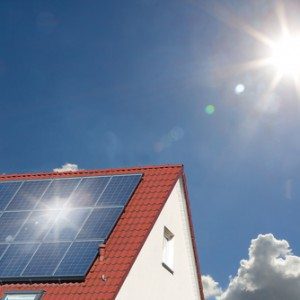 The number of solar panel installations has, in recent years, surged significantly – with the estimated number of solar power system installations in both homes and commercial premises rapidly approaching the million mark. However, this is surprising since the total national solar electric capacity, which currently stands at 22,700 megawatts, is sufficient to power about five times more homes. The big question then, why aren’t more homes and businesses switching to the solar panel system to cater for their everyday power needs? Well, the indifference can partly be attributed to some misconceptions surrounding solar power. Below are some of the commonly misunderstood issues.

FACT OR FICTION: The Common Misconceptions About Solar Power Systems

One major factor that keeps many home and business owners from switching to solar panel systems is the notion that it is expensive to make the switch. Sure, the capital cost of acquiring solar panels is significant. However, it is important to note that this cost has significantly dropped, compared to earlier years, owing to improvement in technology, and the growing demand for solar which has allowed for mass production. Competition between the various solar companies has also enabled consumers to enjoy better products at lower costs.

2. FACT: You enjoy long-term savings by switching to solar

Granted, solar power panels don’t come cheap. In addition, the capital cost required to install the solar panels in your home or business is also high. So, is it alright to assume that solar power is an expensive venture? Not at all! First, the cost of installing solar is a one-off financial investment. After the installation is complete, you don’t need to ever worry about recurring power bills. Compare this to having to pay monthly power bills every year? You get to save lots of dollars. Besides, solar installations increase the value of your home.

3. FICTION: South is the only direction to install your solar panels

Installing your solar panels facing southward has a major advantage in that you benefit from having direct sunlight to your panels for the most part of the day. As such, the solar panels are likely to generate more electricity as compared to panels installed facing other directions. However, it is wrong to assume that only southward-facing homes should be fitted with solar systems. You can benefit from solar energy regardless of the direction that your roof faces. An exception is for roofs that are oriented northward, which in some cases may be unable to produce sufficient solar power to make an investment in solar panels financially viable.

4. FACT: You can benefit from tax incentives by switching to solar

The federal government offers generous tax incentives referred to as the Solar Investment Tax Credit to encourage home and business owners to make the switch to solar. This incentive allows for up to 30 percent relief on the cost of solar panel installation. In some States such as Utah, the tax incentive is capped at $2,000.