Written by goldensolar on May 29, 2014. Posted in Solar Power. Leave a Comment

Valentin Software, a Berlin, Germany-based company, announced its plans to release a new, updated solar plant simulation software for users at solar power plants. The company’s new program, called PV*SOL premium,  provides users with an easy-to-use interface where they can visualize the plan and design for solar power plants in greater detail than before. This innovative, fresh software will replace its predecessors that offer a similar service in less detail. According to a press release from Valentin Software, the new program will be presented to the international solar energy community at Intersolar Europe, the world’s largest solar trade fair held at the beginning of June. The presentation will highlight the software’s updates and key features. At the core of all Valentin Software programs is the ability to calculate the the amount of shade that panels would receive in certain locations on a home. PV*SOL premium is able to evaluate ideal location for panels in any given space, as well as how different placement would affect the amount of energy generated by the panels. Two of the prominent updates from previous programs are that PV*SOL premium accounts for its own use of energy, and updates load profiles of each panel in any increment of time. These updates make the software more intuitive for users, and efficient and effective at powering any residential, commercial and industrial locations. While software like this will make large-scale projects in the solar panel industry much more manageable, it isn’t necessary for turning your house into a sustainable home. Our trained staff of experts at Golden Solar can help you understand the advancements of this industry, and plan, design and install solar electric panels for you! Contact Golden Solar for your free consultation with one of our representatives!

Written by goldensolar on May 28, 2014. Posted in Solar Power. Leave a Comment

We spend a lot of time on this blog talking about the benefits of solar panels in Colorado, whether it’s the energy savings that they provide for homeowners or the independence from fossil fuels that they afford the state’s electricity infrastructure. But one aspect of this issue that doesn’t get enough attention is how solar power can also benefit public health. It’s important to remember that in addition to emitting carbon dioxide, which contributes to climate change, burning natural gas and coal also emits particulate matter that is harmful to peoples’ lungs and allergies. Data published in Scientific American reveals that particle emissions are estimated to cause 59,000 cases of acute bronchitis and 603,000 asthma attacks every year. 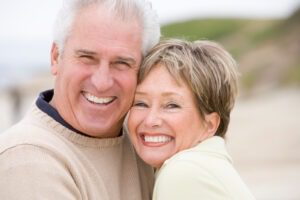 This doesn’t take into account the fact that mining for coal and drilling for natural gas are both very dangerous operations. While fatality rates have declined over time, it is still the case that these professions lead to many injuries and deaths, not to mention long-term health problems for those who work in the field. Solar power has none of these risks, nor does it produce the kind of emissions that result in serious public health crises. By switching to solar power, you can help reduce the amount of electricity that is derived from coal and natural gas, all while saving thousands of dollars on your electricity bills. If you’re interested in finding out more about the advantages of this technology, contact Golden Solar today! We can perform an on-site consultation for you to figure out the best configuration of panels for your home. Once the system is installed, we can also handle all of your permitting paperwork to make sure that you can claim net metering benefits on your energy bills!

Written by goldensolar on May 27, 2014. Posted in Solar Power. Leave a Comment

We may not see this for a few years, but it’s certainly an interesting concept to think about: A new company is looking into the feasibility of converting roadway surfaces into solar modules. Using specially designed glass solar cells that are strong enough to be walked and driven on, the firm, called Solar Roadways, has launched a crowd-sourced funding campaign and hopes to begin large-scale manufacture of their panels. The solar cells, which feature a hexagonal shape, could be laid on just about any surface that receives sunlight. In addition to streets, they could be placed in parking lots, bike paths, promenades, sidewalks and any type of pavement. Solar Roadways estimates that there are 31,000 square miles of usable surface area where their panels could be installed, and if that entire area were utilized, it would generate three times as much electricity as the country uses in a year. In addition to providing energy, the company’s panels present a number of other benefits. They’re considered more durable than conventional pavement, so they wouldn’t lead to potholes and other problems that endanger tires and public safety. They’re also equipped with LED lights that can be illuminated at night to mark lanes and provide safer driving. Solar Roadways’ fundraising campaign on IndieGogo has already met its $1 million goal, so hopefully we’ll see their products put into use within the next few years. In the meantime, if you’re looking to convert your own home to Colorado solar energy and you’re wondering whether this is economically feasible, we invite you to contact Golden Solar today! We can provide you with an on-site consultation and tell you more about the incredible savings that this technology offers homeowners.